Boston, MA USA, January 01, 2015 – World’s oldest authority for scientific constants and the keeper of the original metre standard, the famous International Bureau of Weights and Measures (BIPM) in Paris, France has made historic confirmation of the first scientific prediction of value of the Newtonian gravitational constant, G. Also known as the Universal gravitational constant, G is used in the calculation of gravitational attraction between two bodies, so value of G determines the intensity of gravity force too. Until now, G was the least understood scientific constant. From experiment to experiment, and lab to lab, its value varied drastically since the 18th century Cavendish’s estimate. 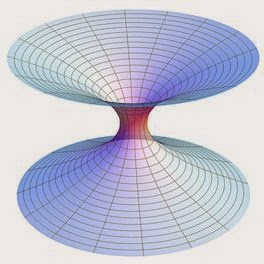 As part of his discovery, Dr. Omerbashich found that his values of G scale with values of another physical constant, the velocity of light, c. And since the Omerbashich equations depend on neither scale (energy) nor time, Multiverse is real but not necessarily of an inflationary type as the equations might be incomplete.  Expressing values of one physical constant via another enables for the first time independent testing of experimental setups for estimating physical constants. The discovery also revealed that the fundamental oscillation frequency of a mass is not a random number as previously believed. Instead, masses are precisely tuned to environment via value ratios of (multiples of) G and c.  Omerbashich computed his value of G absolutely (to the accuracy of experiments for estimating G): for macroscopic (everyday-to-cosmic) scales – to 14 decimal places, and for quantum scales – to 42 decimal places..
The confirmation has broad implications. Namely in the past, science relied on preconceived notions about laws and constants, including a belief that fundamental constants like G are nondeducible. Given the Omerbashich value’s uniqueness (one of the kind), scalability (expressions for values of G as well as c can be given both in macroscopic and quantum realms), and an independent confirmation that has been converging (see above), coincidences can be safely ruled out. Thus the Omerbashich value renders the BIPM2013 experimental value of G as the only correct one, while all others are invalid. Since both the theory to predict G, as well as the correct experimental setup to verify that theory are known, any attempts to “improve experimental setups for estimating value of G” will be unnecessary and fraudulent, as for example with infamous attempts to prove the inherently impossible inflationary theory via BICEP or any other experiments.
The dimensions in physics seem to be a mere remnant of a long-abandoned geocentric philosophy that allowed Newton to freely attach otherwise nonsensical units to G in order to close his own physics mathematically.  The confirmation supports Hyperresonance Theory – now the viable candidate for replacing falsified Quantum Field Theory and failing String Theory.  BIPM remains the physics authority.

About Dr. Omerbashich
● The Bosnian Royal Family was created in 1141, and it is the sole royal family of Bosnia.
● Press Room